A high-achieving apprentice from Scunthorpe’s Ashbridge Roofing is in the final of the Screwfix Trade Apprentice of the Year 2018.

The competition opens to all trade apprentices aged 16 and over in the UK, and this year 1,200 applications were submitted. From these, just 30 were selected for the semi-finals, and only 10 went on to make the final, including Lewis.

Twenty-four-year-old Lewis has been employed by Ashbridge Roofing for two years and was nominated by them for his talent for roofing, and outstanding approach to personal development.

The grand final will take place on 27 April at the Google Head Office in London.

Lewis Gibson, Roofing Apprentice said: “Being recognised in a national award is so exciting for me. I’m really overwhelmed by the support I’ve received so far, especially from my team at Ashbridge Roofing.

"It’s the job I love doing, so to be able to promote it is great for me. I’ve really enjoyed taking part in the competition so far, and can’t wait for the final."

Zak McKay, Contracts Manager at Ashbridge Roofing said: "We’re over the moon that Lewis has made the final, he really deserves it and we couldn’t be more proud.

"Lewis is a role model to other young people in the industry, and we’re very lucky to have him as part of our team."

"It’s nice to see local people and businesses showing their support on Twitter and cheering him on. We wish him the best of luck, we’ll all be keeping our fingers crossed." 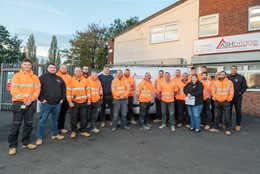 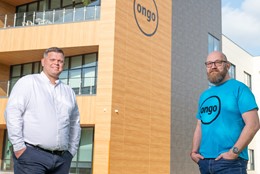